Well... my tea business wasn't such a brilliant idea. I really love blending and selling my teas. Unfortunatley, there are some problems I've been trying to deal with...
Expense and storage of inventory: I only have enough money and room to blend and make small batches (which was the intent). The proplem with that is I can only vend at small venues, where I don't make enough money to really make it worth while.
Expense of venues:
The larger venues are expensive. I can't afford some and those that I can afford (local farmers markets) are difficult to get into, as they already have tea vendors. Plus... there's the small batch problem in that I would sell out too fast (which would be good right?) and not be able to restock timely enough to be back out there the next week. In order the have a client following I need to be at a venue on regular basis.
Packaging timing:
Here it is almost July and I still have teas that were packaged in March. Even that you buy at grocery stores can be months old and tea has a long shelf life... it appears that my teas aren't fresh.
Solutions to these problems are out of my reach:
I can't sell online (which would allow for more steady sales and customer base), because I'm working under the Florida Cottage Foods Act. In order to be able to sell online, I need to be able to contract with a commercial kitchen, which I haven't been able to find one that is willing. I'd also need insurance, which isn't that expensive, but I'm not going to buy it unless I can contract with a kitchen. Plus, I would need a permit for the kitchen (which I don't understand because if it is a commercial kitchen, it should already be permitted), and the permit is cost prohibitive.

Also, it really doesn't provide enough of a creative outlet for me. I'm going to try to sell the rest of my stock and gracefully bow out. I will however restock my Etsy shop Pieces of D with my artful wares and artful wear. I'm also going to rebuild my Pieces of D blog, which has apparently been deleted.

I'll keep this email address for a while, until I feel it is no longer of use. After that I can be reached at piecesofd@ymail.com.

Sunday's Cool and Groovy Garden Party at Loieland was a great opportunity to debut a couple of new products! Tea bag "wallets" or "caddies" are a big hit on Etsy and other handmade sites. Well... how do we loose tea drinkers take our teas with us when we travel? 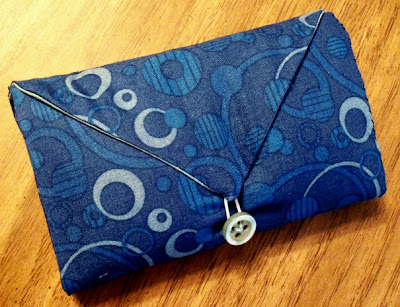 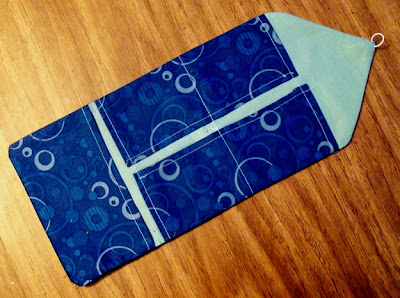 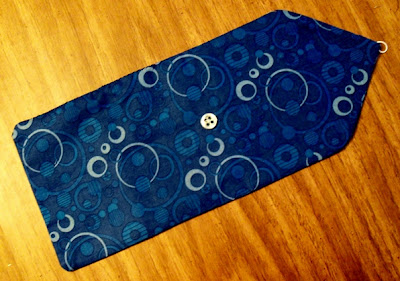 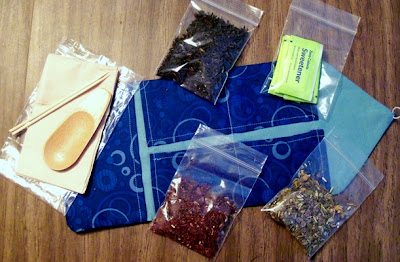 Look at how you can organize your teas and sweetener! It includes disposable, you-fill tea bags; 2 skewers to keep your tea bags at the rim of your cup; and a bamboo scoop to scoop your tea from one of the 4 little ziplock bags included into your tea bag! You just roll it up and take it with you! 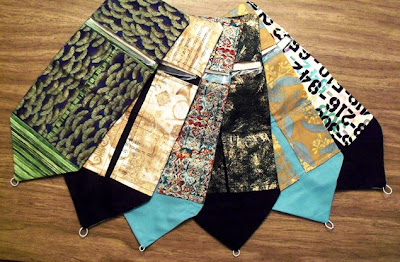 I've made them in a variety of fabrics! Any loose tea devotee will love these!
My next new product... Boho personal 1-cup teabags! 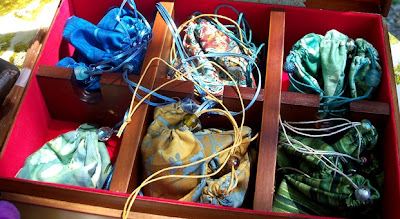 These are great for any tea lover to brew their favorite cuppa! I make them from fabric scraps and remnants and they are reusable, so they are another one of my green products. I'll be making them from organza, as well. 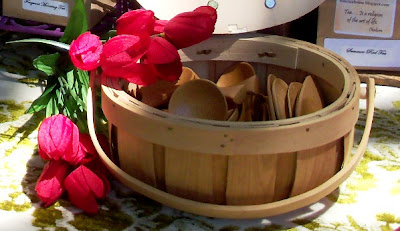 More new green products... these bamboo scoops! I have both round and oval.
The oval ones are the scoops included in my travel kits!

﻿
I'll be at the Florida Estates Winery wine fest this Saturday! Come out and visit if you're local!
Posted by Ms. D ~ The Bohemian Tea Lady at 11:49 AM 2 comments:

I've been busy! I know I've promised photos of the last wine fest, but have been so busy preparing for tomorrow's Cool and Groovy Garden Party that I just haven't had time! I did put one of the photos as my "cover" photo on my new facebook page. I have some great new products too... Hence the busyness in prepping for tomorrow. I now have bamboo scoops and some "Personal Boho Bags" which are single cup, reusable teabags made from fabric scraps. Much like my "Batik Boho Bags" and stamped muslin bags, only smaller. The fabric scraps are from my latest idea... loose tea travel kits. Still trying to think of a clever name for them... They consist of a jewelry type roll bag with a pocket equipped with a bamboo scoop, 6 disposable paper filter bags, 2 bamboo skewers to use with the filter bags and 4 small ziplock bags, as well as 4 smaller pockets to keep those little bags of teas and sweeteners organized! I promise to post photos after tomorrow!

On another note... I ran out fo the little bags I needed for my travel kits, so I headed to Michaels to get some. Of course I can't get out of Michaels without looking through the bead department... There was another bead lover there looking... and those of you that know me, know that I will start a conversation up at the drop of a hat. Well... this lovely lady and I struck up a conversation and found we were quite kindred! Her name is Jeannie... I was so frazzled from this week (not to mention exhausted from my chronic insomnia) that I didn't have a business card or even a pen to write info down! She had a pen and paper so I wrote down my blog address... It was all I could think of! Anyway... Jeannie was familiar with the wine fests that I do and told me she would try to get out to next week's and that she would visit my blog. I hope she does... I've been such a social wreck lately, I didn't even think to get any of her contact info! So Jeannie, if you get here to my blog, please keep in touch! It's not often we are led to such kindred spirits!
Posted by Ms. D ~ The Bohemian Tea Lady at 6:48 PM 1 comment:

I'll post pics from this past Saturday's wine fest later this week!

I'll be at the Florida Estates Winery today for the Wine Fest! 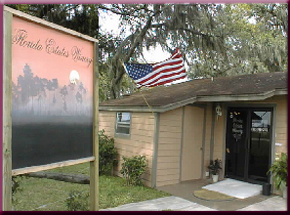 I have new products to debut and friends to see! If you're in the area, hope to see you there! I'll post photos later!
Posted by Ms. D ~ The Bohemian Tea Lady at 8:26 AM 10 comments:

Here's my first hand-made, batik reuseable tea bag prototype! What do you think? 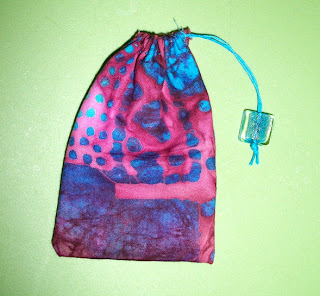 It's about 3" x 4" like my hand-stamped muslin tea bags, so they can be used for a single cup or a pot! I've soaked fabric samples in tea for hours to see how much they discolor and they seem to keep their color well. The drawstring is blue colored hemp, but I can use natural hemp, cotton cord, embroidery thread or narrow ribbon. It has a beautiful bright blue and gold, square glass bead!

I typically sell my stamped muslin bags for $5. Any ideas how much I should charge for these?
Posted by Ms. D ~ The Bohemian Tea Lady at 5:49 PM 3 comments: 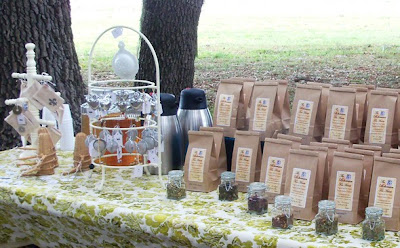 I did really well at the last wine fest I attended! The weather was great and I sold out of 2 blends! Here was my table... I'll be stepping up my display for the next events. I've painted my my cup holder a bright aqua, distressed it and put the bamboo strainers on it. I also painted my plate rack lovely burnt orange color and hung all my stainless infusers and hand-stamped muslin bags from it.
I'm painting a few other display items, as well. My new event table will be colorful and will definitely grab attention!

So... onto the experimentation...
I'm dehydrating these... 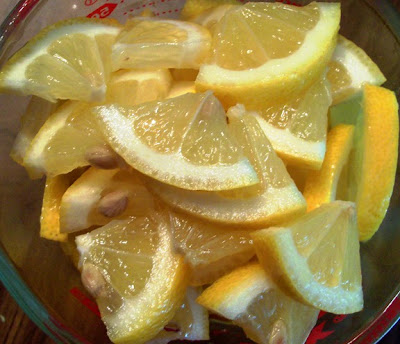 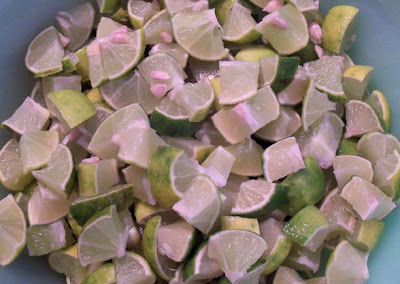 Did you know Key Limes are green inside, but have a yellow peel when ripe?

Stay tuned for the new blends and my May event schedule!
I'll be doing two wine fests and Lois' Cool and Groovy Garden Party! Details to come!
Posted by Ms. D ~ The Bohemian Tea Lady at 10:16 PM 2 comments:

Ms. D ~ The Bohemian Tea Lady
Finding myself unemployed after a 25+ year environmental career, I'm embarking on a new one... producing my own line of teas and accessories. The process of tea, for me, is spiritual... meditative... Tea is historic, worldly, ceremonial, social and healthy... This is my creative tea journey...